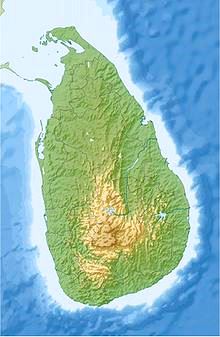 Udawalawe National Park lies on the boundary of Sabaragamuwa and Uva Provinces, in Sri Lanka. The national park was created to provide a sanctuary for wild animals displaced by the construction of the Udawalawe Reservoir on the Walawe River, as well as to protect the catchment of the reservoir.

The reserve covers 30,821 hectares (119.00 sq mi) of land area and was established on 30 June 1972. Before the designation of the national park, the area was used for shifting cultivation (chena farming). The farmers were gradually removed once the national park was declared. The park is 165 kilometres (103 mi) from Colombo. Udawalawe is an important habitat for water birds and Sri Lankan elephants. It is a popular tourist destination and the third most visited park in the country.

Udawalawe lies on the boundary of Sri Lanka’s wet and dry zones. Plains dominate the topography, though there are also some mountainous areas. The Kalthota Range and Diyawini Falls are in the north of the park and the outcrops of Bambaragala and Reminikotha lie within it. The park has an annual rainfall of 1,500 millimetres (59 in), most of which falls during the months of October to January and March to May. The average annual temperature is about 27–28 °C (81–82 °F), while relative humidity varies from 70% to 82%. Well-drained reddish-brown soil is the predominant soil type, with poorly drained low humic grey soils found in the valley bottoms. Mainly alluvial soils form the beds of the water cources.

The habitat surrounding at the reservoir includes marshes, the Walawe river and its tributaries, forests and grasslands.[2] Dead trees standing in the reservoir are visual reminders of the extent of forest cover before the construction of the Udawalawe Dam. Green algae, including Pediastrum and Scenedesmus spp., and blue green algae species such as Microsystis, occur in the reservoir. Areas of open grassland are abundant as a result of former chena farming practices. There is a plantation of teak beyond the southern boundary, below the dam, which was planted before the declaration of the park. Species recorded from the park include 94 plants, 21 fish, 12 amphibians, 33 reptiles, 184 birds (33 of which are migratory), and 43 mammals. Additionally 135 species of butterflies are among the invertebrates found in Udawalawe.

Udawalawe is an important habitat for Sri Lankan elephants, which are relatively hard to see in its open habitats. Many elephants are attracted to the park because of the Udawalawe reservoir, with a herd of about 250 believed to be permanently resident. The Udawalawe Elephant Transit Home was established in 1995 for the purpose of looking after abandoned elephant calves within the park. A total of nine calves, on two occasions in 1998 and 2000, with another eight calves in 2002, were released in the park when old enough to fend for themselves.

Clearing natural forests and planting monospecies cultures such as pine and eucalyptus are causing reduced water levels in the Walawe river. Encroachment by human settlements, poaching, illegal logging, gem mining, overgrazing and chena farming are major threats to the park. Lantana camara and Phyllanthus polyphyllus are invasive weeds affecting the food plants of the elephants. Occasions of elephants being shot with illegal muzzleloader guns has been reported.

Unawatuna is a lovely beach location on the south coast, Sri Lanka, wonderful for snorkelling and diving as well as relaxation and […]

Good things to see and do in Sri Lanka