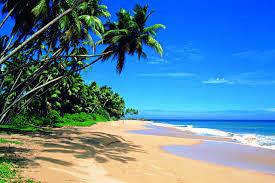 Balapitiya is a coastal town, in south west Sri Lanka. It is located in the Southern Province in Sri Lanka. Situated 80 km (50 mi) south of Colombo, about a two-hour drive from the capital. It is the nearest town to the Maduganga River.

A two hour drive south from Colombo, either along the costal road or by train, you’ll find Balapitiya, a small, picturesque village with golden soft beaches.
A great destination for those who are looking for the “real Sri Lanka“, away from the main-stream tourist resorts.

Sri Lanka’s South coast is a hub of activity which abounds with things to do and places to visit. Strategically located a short distance away from most of the major attractions of the area, Balapitiya is the ideal place from which to set out to explore these sites close to Ahungalla.

Things to do include embarking on boat safaris and visits to places that have religious and cultural significance.

Enjoy a boat safari on the Madhu Ganga (river) that will take you past historical island temples, shady mangrove forests and many birds & amphibians inhabiting the surroundings.

The ancient temple Kothduwa Raja Viharaya is located on an island in the centre of the river. The temple which is said to have once housed the Sacred Tooth Relic of the Buddha also has a 130 year old Bo tree in its premises.

The town of Ambalangoda is known as the centre for mask-making in Sri Lanka and a visit to the mask museum will provide one with an insight into the history of Sri Lankan masks and their significance to the local culture.

Just 40 minutes away from Balapitiya is Galle Fort, a UNESCO World Heritage Site and a remnant of the Dutch-colonial occupation in Sri Lanka. A place of historical and archaeological significance, a multi-ethnic, multi-religious community exists within the walls of this 17th century fortification which also boasts of many restaurants, shops and boutique hotels.

The beautifully landscaped Lunuganga and Brief Gardens, are two must visit places in Bentota, located a short distance from Balapitiya.

While Balapitiya still seems “untouched” by mass tourism its only a short drive away from Bentota, one of Sri Lanka’s major beach resorts.
To the south Aluthgama, famous for its mask carving, the surfers paradise of Hikkaduwa and the historical city of Galle are within easy reach.

Sweet water lagoons and the Maadu river with their amazing flora and fauna are making Balapitiya also attractive for ECO tourists and bird watchers.

An important administrative site from the time of the British era, Balapitiya has many mansions and estates which are now converted into boutique villas and hotels.

The Madu Ganga is a shallow water body in south-west Sri Lanka, which enters the sea at Balapitiya.

The Buddhist Amarapura Nikaya sect had its first upasampada (higher ordination ceremony) on a fleet of boats anchored upon it in 1803. The Buddhist Kothduwa temple is situated on an isolated island in the lake. Together with the smaller Randombe Lake, to which it is connected by two narrow channels, it forms the Madu Ganga wetland. Its estuary and the many mangrove islets on it constitute a complex coastal wetland ecosystem. In has high ecological, biological and aesthetic significance, being home to 303 species of plants belonging to 95 families and to 248 species of vertebrate animals. It might be one of the last remaining tracts of pristine mangrove forests in Sri Lanka.

The inhabitants of its islets produce peeled cinnamon and cinnamon oil.
The Maduganga Wetland was declared in 2003, in terms of the Ramsar Convention.

The bio-diversity of the Madu River is of monumental signification when considering the wide ranges of aquatic and avian life as well as wetland dwelling amphibians, reptiles, mammals that inhabit the environs of this natural treasure. A total of 11 species of agnatic mollusks and 14 land dwelling mollusks are found in this system. 70 species of fish, 31 types of reptiles, and 50 kinds of butterflies are just some of colorful array of wildlife that inhabits this abundantly bustling eco-system.
Bird watchers will be pleased to know that 111 species of bird have been identified in the mangrove formed environs of the river, and has been known to host several types of migratory birds.

Apart from the bountifully wondrous ecological treasures to be sighted, the river safari will also appeal on a level of historical and cultural experiences with visit to the numerous islets and atolls that are scattered along with the river. Around 25 such landmasses reported found in madu river with some of these islets are home to local communities who have traditionally inhabited the lands as it populaces’ of witch some are engaged in the lucrative vocation of cinnamon peeling. The islet known as ‘Koth duwa’ is home to an ancient Buddhist temple that dates back to the days of Sinhala kings of lankawa. The islet known as ‘Maduwa’ and ‘Katuduwa’ has been places of refuge of king Dhathusena and king Mugalan respectively.

The wetland of the Madu River holds a mangrove spread of close to 61 hectares. This natural wonder has proven of immense bio-ecological value with 14 out of the 24 varieties of mangroves of sri lanka , being found in this environment. Amongst this spectacular natural treasure is the Lumnitzera Littoria plant which is variety unique to the plant life found in this system. The world organization for nature conservation has identified 302 varieties of plants in the wetland areas surrounding the Madu River from which 19 are indigenous to this area.

Many species of birds are found in many of the island around the lagoon. Most of the migrated birds from other countries also can be seen. In most of these islands there are some people who earn their living by peeling cinnamon. Most of the guest watches the cinnamon peeling.